RaceTogether on Your Starbucks Cup Was Only the Beginning… 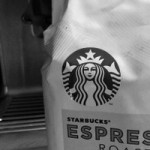 No more #RaceTogether on your #Starbucks cup!

No more #RaceTogether on your #Starbucks cup!

Starbucks CEO Howard Schultz released a memo today, thanking all his partners and employees for their support during the Race Together initiative.

This phase of the effort — writing “Race Together” (or placing stickers) on cups, which was always just the catalyst for a much broader and longer term conversation — will be completed as originally planned today, March 22.

So basically, Starbucks’ service staff had to endure a week of nastiness from the coffee-drinking public for no other reason than to kick off the company’s newest PR campaign.

Schultz promises a lot of Race Together events in the weeks and months to come. I’m sorry, but this whole thing just smacks of exploitation. No one can deny that racism is a hot-button social issue right now; however, designing a marketing campaign around it seems very inappropriate for a company who has little to no presence in the communities they are claiming to try to help.  Schultz’s letter says that this will be changing…

…our commitment to hire 10,000 opportunity youth over the next three years, expanding our store footprint in urban communities across the country…

I don’t see this happening. Promising to open overpriced luxury stores in underprivileged areas is a great way to give yourself an out though, Schultz.

Starbucks is expensive.  Are they really so arrogant as to think that planting a Starbucks and hiring local urban youth to minimum wage positions is going to turn things around? Who is going to buy that coffee? One would assume that even if these new jobs start to improve the financial position of the people in urban communities, the very first thing they will spend their “extra” money on will not be a $5 cup of coffee.

The first few attempts (if there even are any) will fail, giving Schultz & Co. the perfect opportunity to say “Hey, we talked about race, we hired urban kids, we tried to set up stores, but just couldn’t turn a profit. *shrug* We tried!” and get a great tax write-off (bonus!).

…our conviction and commitment to the notion of equality and opportunity for all has never been stronger.

Well, that’s nice.  Commitment to the notion of equality and opportunity for all.  Not committed to making it happen, just committed to the idea of it.

Why not take all that money, Starbucks, and instead of opening up unnecessary coffee shops, create scholarships to help these “opportunity youth” go to college. Donate some of that money to the urban schools so they can provide their children more of the educational opportunities the more wealthy suburban districts can.

Aside from that anemic store-expansion plan, there is absolutely nothing of substance in this campaign. It’s just full of forums and discussions and flyers and idea-sharing and talk, talk, talk. The word “dialogue” appears 4 times in that short letter.

If you truly believe that “the promise of the American Dream should be available to every person in this country, not just a select few”, then put your money where your mouth is, Starbucks. Quit talking about it and start doing something about it.

The reality is, Starbucks is a business and has shareholders to answer to. I don’t see them suddenly transforming from being synonymous with upper-middle-class indulgence into “The Coffee Shop Who Cares”.

Who knows…they may surprise me.

In the meantime, baristas are off the hot seat as of tonight, at least until their CEO throws them under the bus again.