This Just In: Professionalism Equals Oppression!

I stumbled across this article titled “You Call It Professionalism; I Call It Oppression in a Three-Piece Suit” on Everyday Feminism and it really blew my mind. Probably it was not in the way that the author intended, but in more like a “shaking my head-wow” kind of way. I’m not sure I’ve ever read anything from this site before, but I think I will bookmark to keep an eye on.  It’s almost fascinating to get a glimpse into how some people out there actually think; it’s like rubbernecking at a car wreck. You just can’t tear your eyes away.

These are the first two sentences of the article:

I’m a “young professional,” and professionalism is one of my least favorite social constructs.  When we’re told that we need to look or act professionally, we rarely recognize that it’s code for “appear, as much as possible, as if you’re something you’re not and never want to or could be.

Before we go further, here is the definition of professionalism:  the skill, good judgment, and polite behavior that is expected from a person who is trained to do a job well (source: Merriam Webster)

So, being skilled, displaying good judgement, and being polite are all things that “you’re not and never want to or could be.”

Yes, apparently society has banded together to force a worker to actually have the skill for the job into which they were hired. Requiring skill from an employee is apparently akin to discrimination. Job skill amounts to nothing but more privilege for the powerful white male patriarchy.

Wait – all these years that I have been doing my best to make good decisions was not because it was the right thing to do, but because white males have been forcing me to!  My world?  Rocked.

Oh my heavens.  Are you kidding?  Does the ACLU know about this abominable requirement that employees are being forced to adhere to?  God forbid you should actually have to demonstrate polite behavior when you’re at work, especially if you’re not a polite person “on the inside.”

For people like me, being asked to be more professional is sometimes a direct affront to who we are.

Put in my place?  I don’t want to be in my place!  I almost want to set up a change.org petition on all three of these traits that those sneaky white men are labeling as “professionalism.” How is this not already in front of Congress!?!

Women, for example, are expected to be subservient and apologetic in the workplace, whereas men are rewarded for being pushy, ambitious, and outspoken.

Can you hear me through your computer screen as I hold my head and groan?

As a woman who has been in the workplace for 21 years, in a predominantly male industry, I have never ever encountered an experience where I was expected to be subservient and apologetic.  I certainly have been outspoken and ambitious, or I wouldn’t be where I am today.  It’s not a matter of being quiet or loud; it’s a matter of communicating right.  You know, politely?  Professionally?

Professionalism also dictates that employees stay calm and cool during work hours and show little to no emotion – which, in a coded way, prioritizes the masculine over the feminine.

Wow – way to completely insult women there.  So basically, females are incapable of staying calm and restrained during work hours?  And they are so incapable of that, males have latched onto this and made those traits a component of that big bad term “professionalism” just to exert even more misogynistic power.

People of color might find that their language and behavior is heavily monitored and policed at work – and used against them.

Actually, I think this applies to people of any sex or color.  In fact, nearly all of the viral stories lately of employees being fired because of language and behavior have involved white people.  Just last week, a group of white men began to lose jobs, get expelled from schools and colleges, and other similar repercussions because of their language and behavior.  I believe most were upper-middle-class as well.  Perhaps they were just patsies, sacrificed to throw us all off guard?  Conspiracy, ladies. 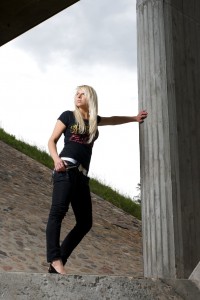 Professionalism? Psh…I’m feeling breezy today. I can close that seven-figure merger in these clothes. I don’t care what they think. Hear me roar!

The article goes on and on about the oppressive hierarchy of the workplace, but it just got too exhausting to try to write more about it.  The author makes a few attempts to let racism and homophobia be encapsulated into the apparent new hate crime that is professionalism, but those parts just feel tossed in for filler.  There is a long diatribe about the unfairness of having to tailor what you wear to work towards the audience of whom you are working for and with. After all, why should anyone take you more or less seriously if you’re wearing a 3-piece suit, a sundress, or a dinosaur costume?  It’s what’s inside that counts, right?

Unless you’re lacking in judgment, impolite, and have an inability to stay calm and cool…but wait, those are traits you’re forced to “fake” as well under the guise of professionalism.

As long as you can perform the task at hand (without being too skilled of course, because that would be professional and make you one of them), then the male patriarchy can just take their criticism of your hot head, sassy self, and dinosaur costume and shove it.

Are you sensing my sarcasm?  I sure hope so.

I honestly cannot understand how an article like this is meant to give credence to the feminist movement or make anyone remotely sympathetic to their real message.  It’s one thing to rail against a particularly restrictive, hard-to-afford, or otherwise inconvenient or illogical dress code; it’s completely another to condemn job requirements like skill, politeness, and good judgment as tools of white male oppression.

Suffice to say, the final summation of “‘Professionalism,’ like all social constructs, is a total downer.” immediately transformed what was probably meant to fire up the feminist masses into what sounds like a teenager whining to her friends that she has to be at work on time.

Professionalism is a total downer, women.  Fight the power!