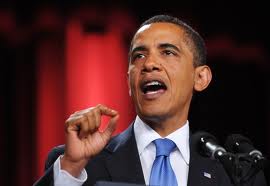 A White House official, previewing Obama’s remarks, said the President would make the case on Thursday that tax-avoiding companies “are essentially renouncing their American citizenship so that they can ship their profits overseas to avoid paying taxes – even as they benefit from all the advantages of being here in America.” [source]

So, according to Obama, and the hundreds of comments that I painfully slogged through, avoiding paying full taxes using legal methods are akin to renouncing one’s citizenship?  Following the law is now un-American?  Really, people?

I honestly do not believe for a moment that all of these idealistic, anti-corporation Americans, the President included, do not take advantage of legal exemptions and itemized deductions on their taxes each year.  Have children?  Deduction.  Mortgage interest?  Deduction.  Gave to a charity?  Deduction.  All of these are legal means to avoid paying the full amount of taxes that you would otherwise owe.  What about putting pre-tax money into a 401k?  Isn’t that also legal tax avoidance?

You don’t hear an outcry against these things, because they benefit the “common” man.  But if a corporation can save taxes LEGALLY by using offshore resources, why wouldn’t they do that?  Why is that more evil than what everyone else does every April 15th?  Why do corporations owe American their tax revenue in full, but private citizens do not?

Listen up, Mr. President.  Quit tossing out stupid buzz-phrases to get votes.  If you don’t like the tax laws, then get them fixed.  Vilifying and declaring un-American those who follow the law is just plain ridiculous.  Look at the big picture and address everyone who is avoiding taxes legally if you’re so hell-bent on making everything fair; don’t just single out one group and call them names.  Do your job and try to get the laws changed to better benefit all of America, not just whatever will best benefit your party’s campaign in the fall.