Diem Brown Was a True Inspiration 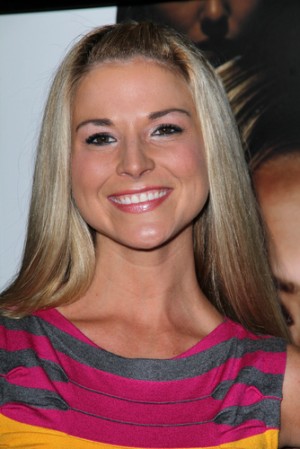 Diem Brown was a reality TV star, most famous for the Real World/Road Rules Challenge series.  She died today, at age 32, after one of the most courageous fights against cancer that I have seen in a long time.

I’ll be honest.  I had never heard of her before, not until earlier this year.  I had stumbled across one of the headlines about her battle with cancer and started reading her story.  I read her blog and followed her on Twitter.  I am not normally a big celebrity-follower; I find it hard to relate to complete strangers.  But this was different.  It was impossible to not to feel her infectious cheerfulness, impossible not to be charmed by her humor and resolve.  This young woman displayed such deep bravery and radiated such raw hope.

She had been fighting cancer for years, cancer that spread primarily to her ovaries, colon, and stomach lining. I won’t list the countless surgeries, procedures, side effects, hospital stays, and chemotherapy treatments that she endured.  The details are easy to Google if you want to read them. More important is how, despite the years of pain and suffering, she remained fiercely optimistic, sure that her determination would help her to beat the disease and allow her to still accomplish her dreams.

“I’m going to have a family and get married and the whole American, 2½ kids, white-picket fence dream,” she said. “It’s something that’s really important to me, because it means a long-term future.”

Diem Brown Was a True Inspiration

When a hysterectomy robbed her of a part of that dream, to carry a child of her own, Diem Brown still stayed positive.  Her focus on “one battle at a time” and her belief in the beauty of life helped her through the pain, through the setbacks.  Through it all, she shared this inner peace and confidence with the world.

When I saw the “breaking news” in my email inbox a short time ago, my heart just sank.  I truly wanted her to win, to get her happy ending.  Her brightness and strength were infectious, and I found myself hoping for a miracle.

I hoped for a miracle for a woman that I did not know; for a woman who battled as hard as a person possibly can against the evil beast of cancer; for a woman who brought inspiration to countless strangers, never complaining but always keeping in sight the future she knew she could attain.  She held out hope in a situation that was hopeless, and fought to the end a war that just could not be won.

The world has lost a bright-shining star.

Diem Brown founded MedGift, a website that lets people create support campaigns for anyone going through a medical hardship.  Similar to GoFundMe, donors can contribute funds to the campaign of their choice, or to MedGift as a whole.