Christians Who Say “Why Should I…?” 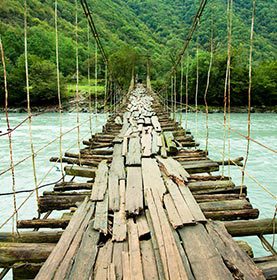 I wrote a very angry post yesterday in response to the hundreds of comments I had been reading that were written by so-called Christians on the articles about the Hobby Lobby ruling.  After I wrote the post and calmed down a bit, I really started thinking about the reputation of Christians in this country and I decided to just kind of think this through “on paper.”

There is a phrase that I hear all too often from Christians that is really kind of disturbing:  “Why should I…?”

Why should I pay for someone else’s sex life?

Why should I have to pay taxes that support a lifestyle I don’t agree with?

Why should I have to subsidize insurance for the poor?

Why should I have to pay higher taxes to support food stamps and other social programs?

Why should I worry about people in other countries?

Why should I care if innocents are being murdered halfway around the world?

Think about that for a minute, Christians.

Last I knew, being a Christian wasn’t all about you, or me, or “I”.  Being a Christian is living as Christ did and would, showing compassion and offering help to anyone who needs it, even if it places a burden on us.  It is loving and forgiving those who sin, as Christ would, for Christians are sinners too.  It’s not judging anyone else’s actions compared to our own actions.  And it’s not political.

When did being a Christian start to mean that you don’t need to have sympathy, empathy, or try as much as you can to help people in need?  Since when does it mean that you should sit back in your perfect life, judging others, grumbling about helping those in need, and only emerging to try to force your beliefs on others not by showing love and how wonderful a life in Christ can be, but by shaming, name-calling, and labeling those who don’t believe the same way?  Christians need to change how they view the world, change that question from “Why should I?” to “What can I do?”

Peruse the Bible for a few minutes.  Ask around.  Google it.  I challenge you to find one time when Jesus uttered the words “Why should I?” when he wasn’t speaking rhetorically.

Think about it, Christians.

What if Jesus had said that when the blind, sick, and sinful came to him begging for healing and forgiveness?

What if Jesus had said that when his Father told him that he must come down to Earth to die for the sins of mankind?

What if God had looked down at the world that he created, glanced over at his Son, and just shrugged.